WELCOME TO THE RICK McBRIDE COLLECTION

Official Ferrari Photographer and photographer of some of the most iconic car photos of the 20th Century including Aston Martin, BMW, Bugatti, Ferrari, Ford, Jaguar, Lancia

We have posters printed using Rick's own high quality scans from the original posters.

Iconic images from the late 20th Century restored and reproduced for you to enjoy.

Rick McBride, who died in 2013, was a photographer, great graphic artist, friend of film stars and racing drivers, imaginative writer and a lover of sport and fast cars. A true international, he lived in Canada, America, Italy and, finally, in Britain, at Bishopsbourne near Canterbury.

His work and his passions have influenced and inspired designers, photographers, publishers and sports fans.

Born in Detroit, Rick McBride was brought up by his grandmother in Toronto, Canada before moving to California. He went to war in Korea for his adopted USA and then became an art director working in advertising and the media.

He ran his own agency from offices in Wilshire Blvd, Beverly Hills and he had the best clients: Ferrari, Porsche, BMW, Ford, Jaguar, Lancia and Avon and famous coachbuilders and designers such as Pininfarina, Maserati and Lamborghini.

Motorsport was his passion. He loved the people, the racers, the glamour and worked as a photographer covering races at Monte Carlo, Le Man, Riverside and Pebble Beach California. He was close to the motorcycling and driving champions the Rodriguez brothers; he met and had lunch several times with Stirling Moss. Rick McBride was a personality in his right within motorsport – at one stage he was one of only two people in LA to own a prestigious Jaguar E-Type: the other was owned by Lena Horne, the famous singer and they would wave to each other from their convertibles.

By the 1960s, now running his own advertising agency in Los Angeles, he was also the owner the of three Auto Shows in Los Angeles, San Diego and Mexico that showcased pioneering Italian prototypes from Ferrari, Pininfarina, Bertone Ghia and helped launch some of the greatest marques such as the Ferrari Testarossa designed by Pininfarina. He also introduced and named the Pantera, which was designed by Alessandro De Tomaso for Ford.

His passion for these beautifully designed cars and a sense of the glamour they represented is at the heart of the classic posters he designed in the 1980s. The Rick McBride collection, created by his wife Valerie, now allows you to own a piece of this evocative period of history, ten of which you can see here below. 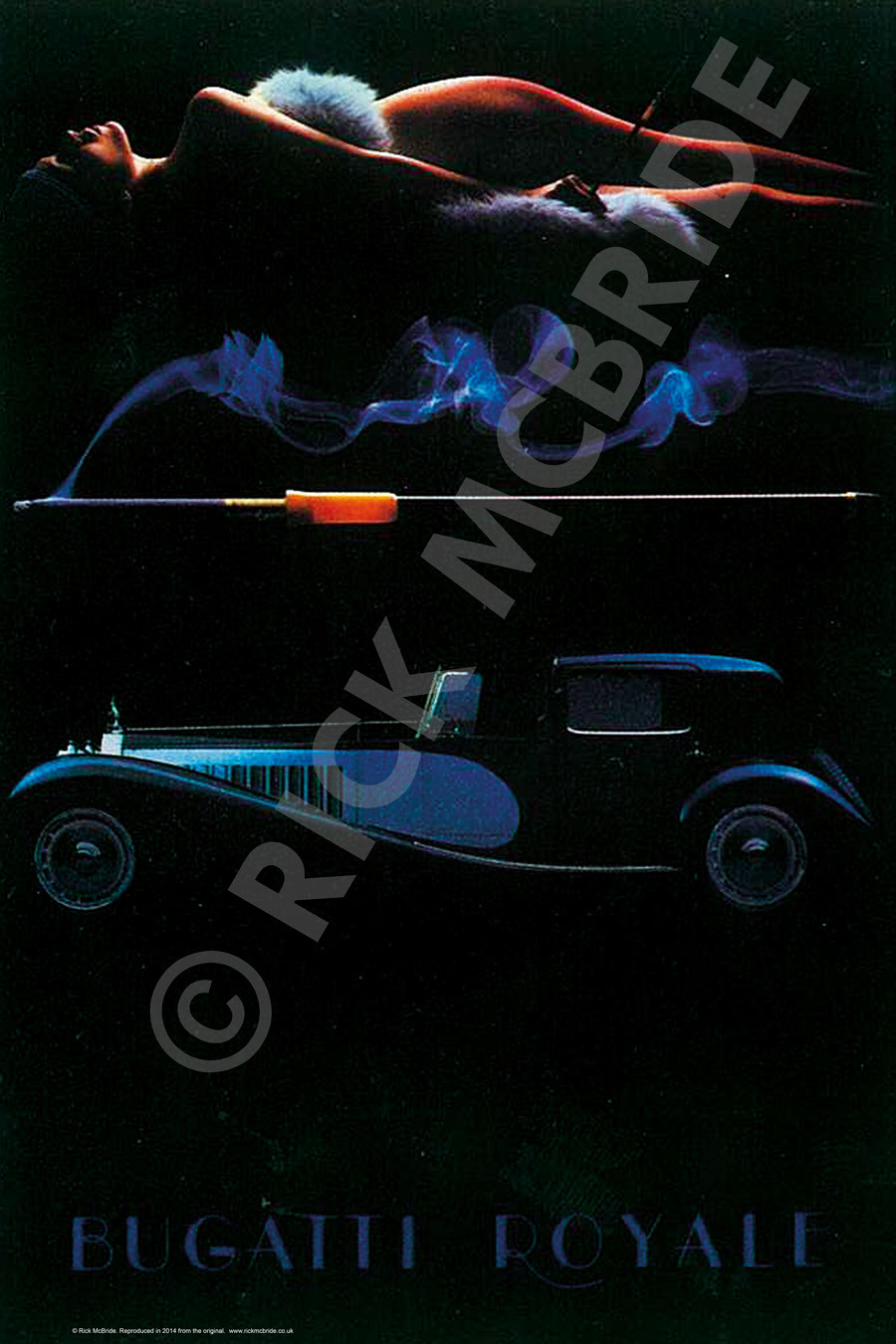 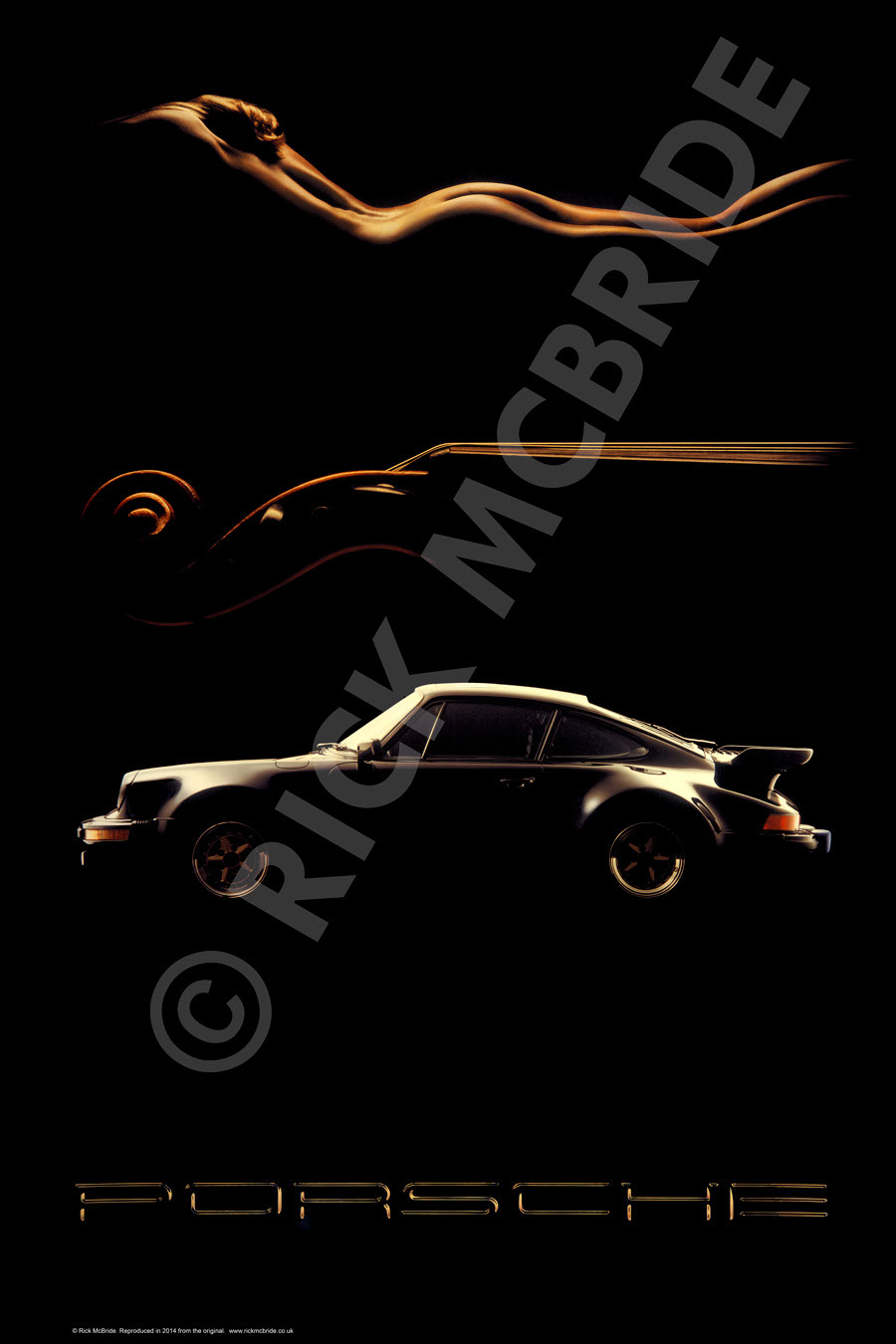 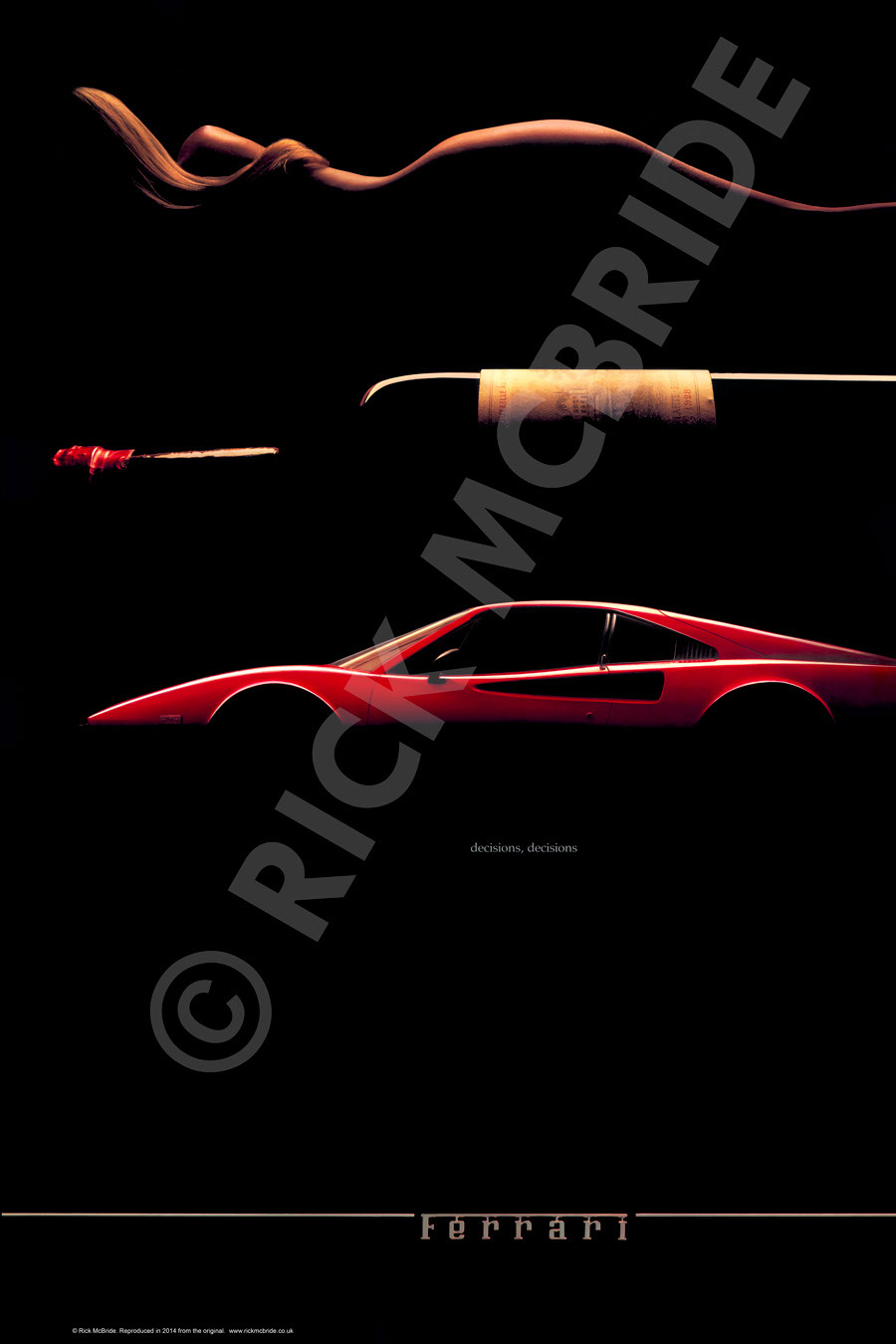 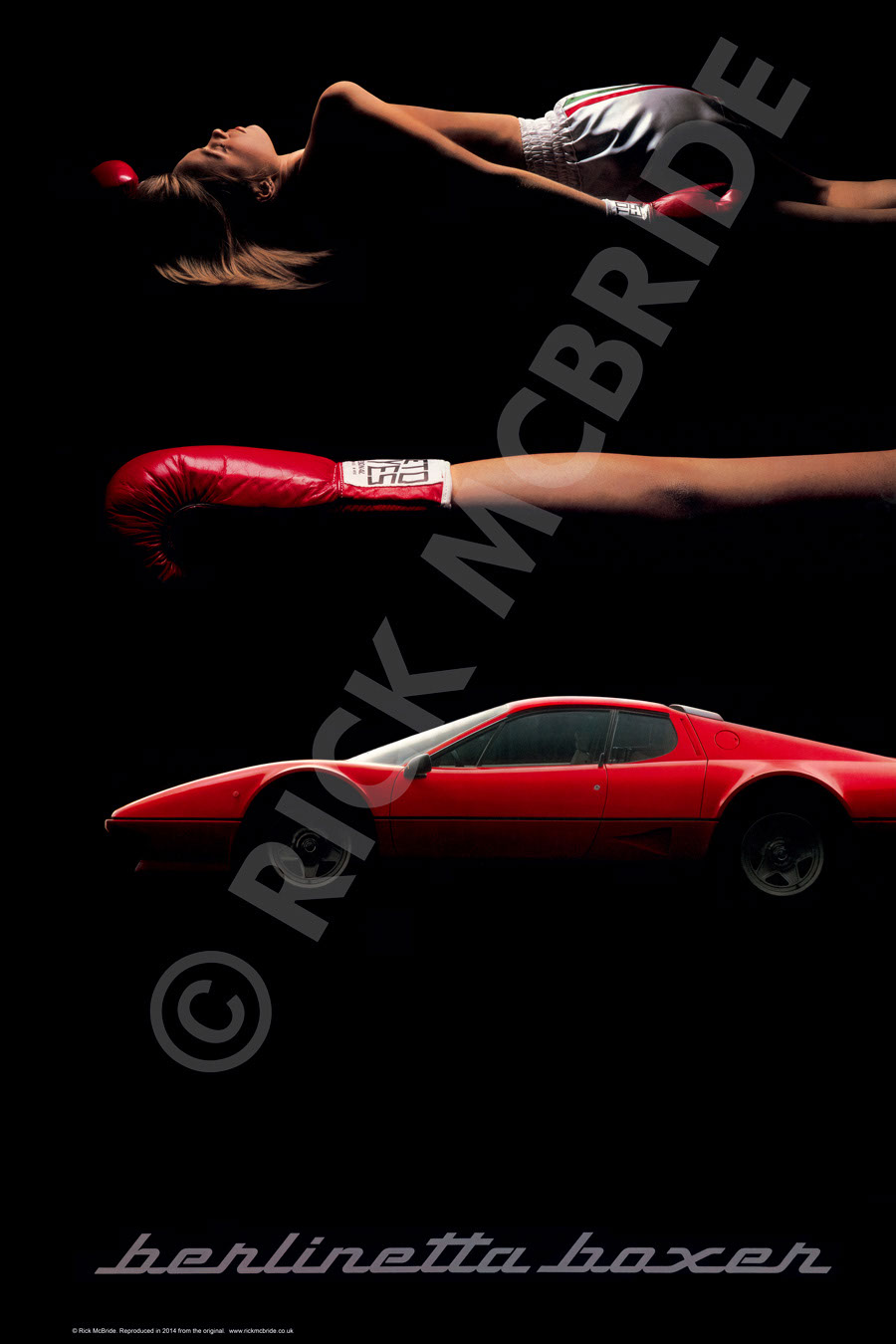 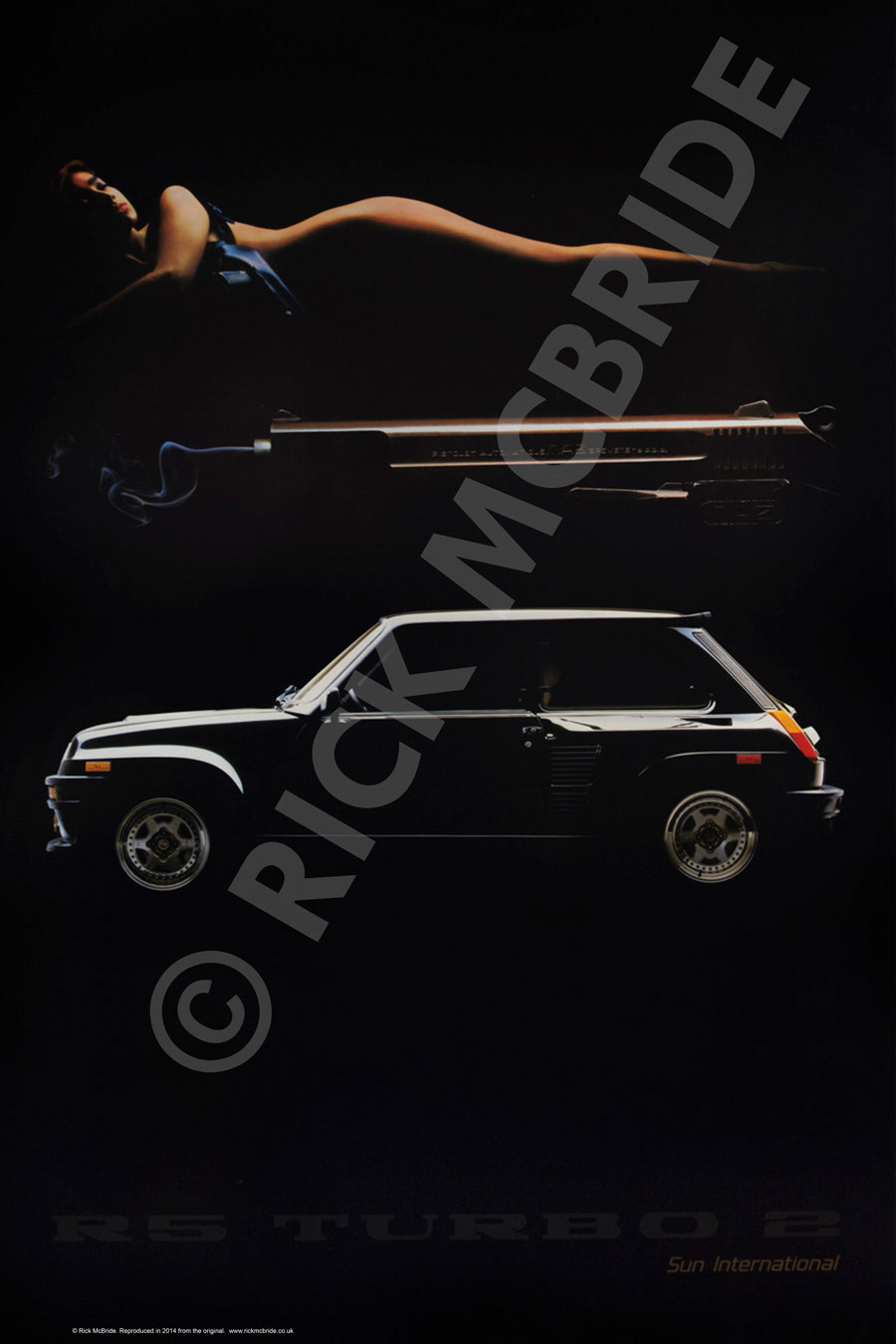 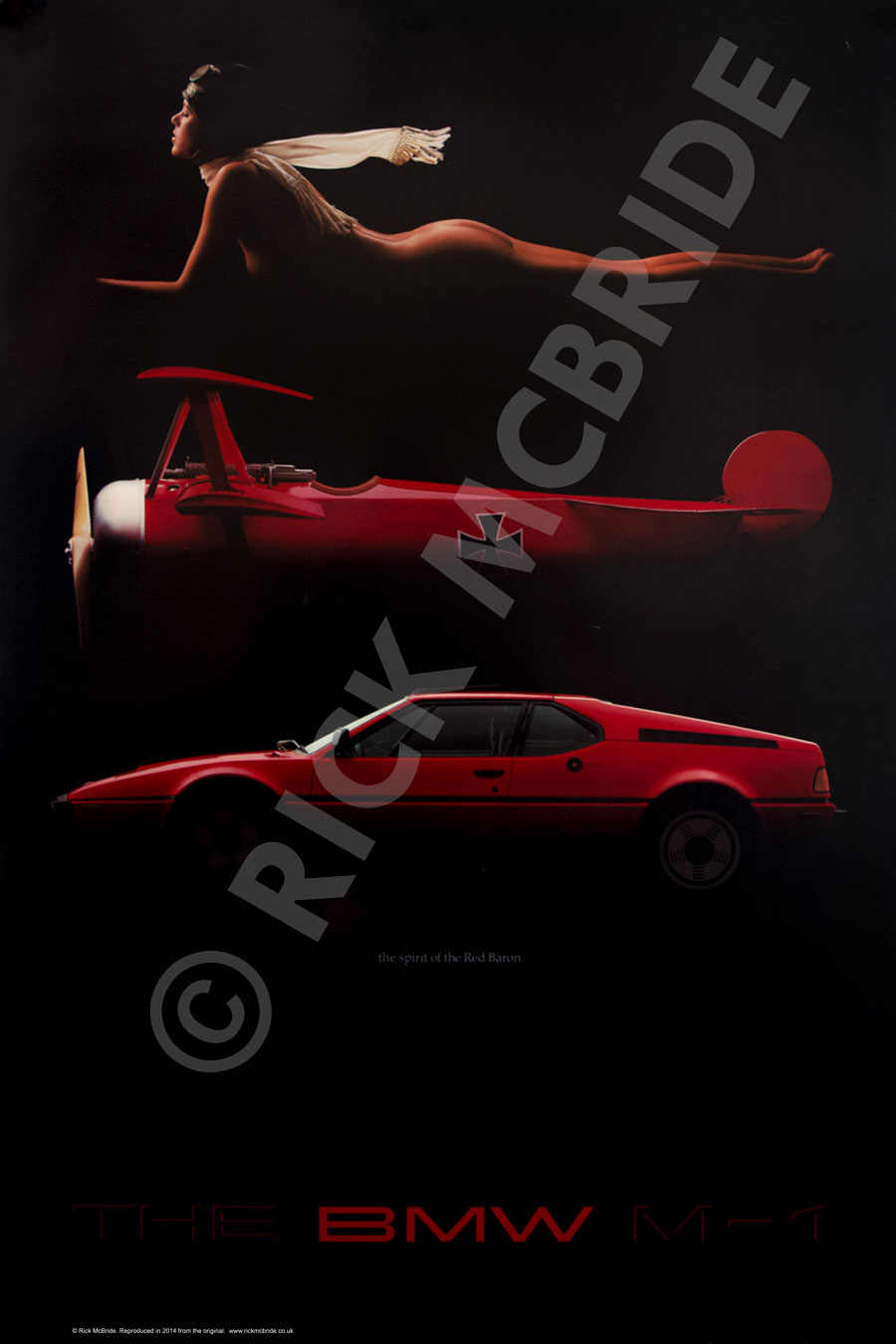 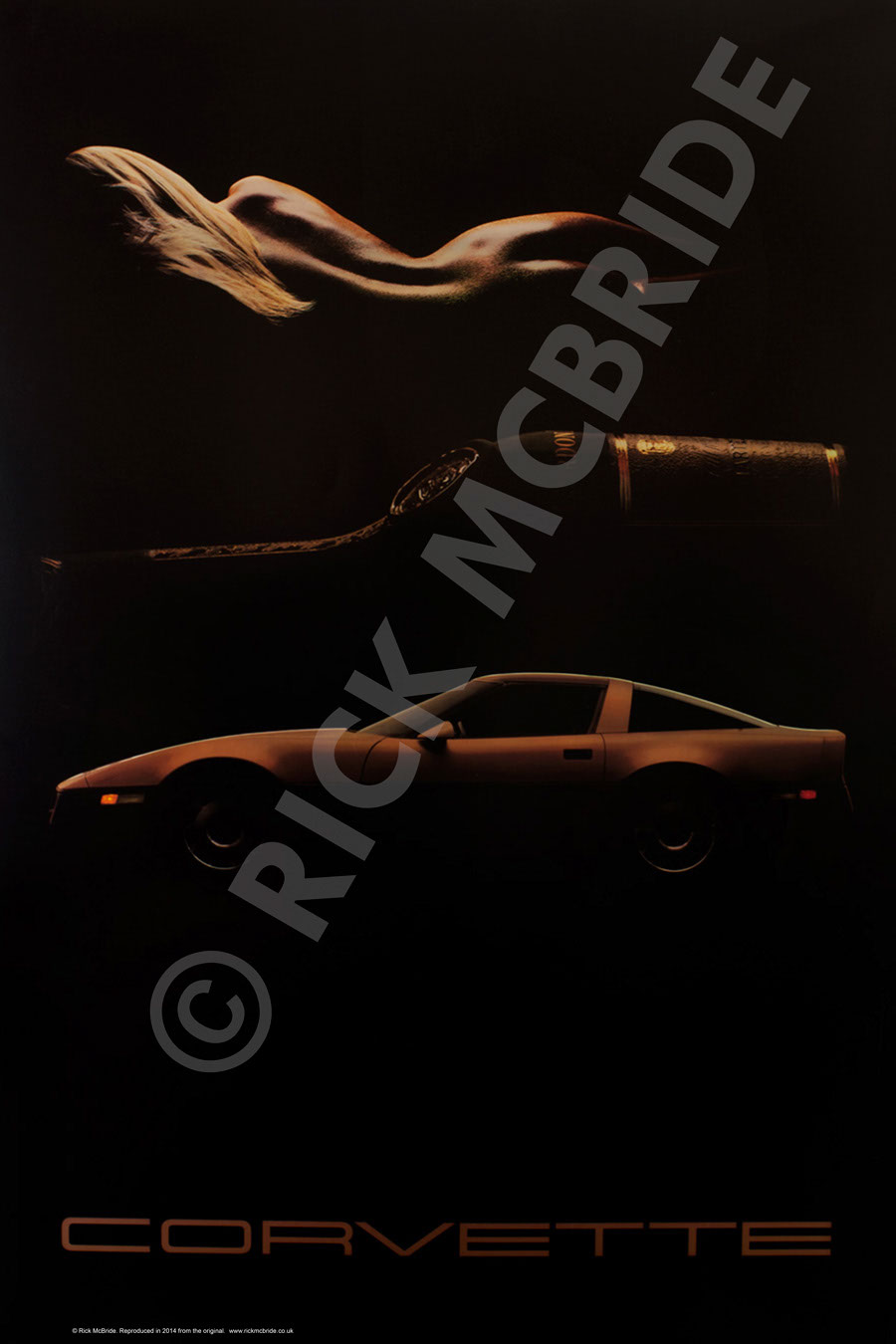 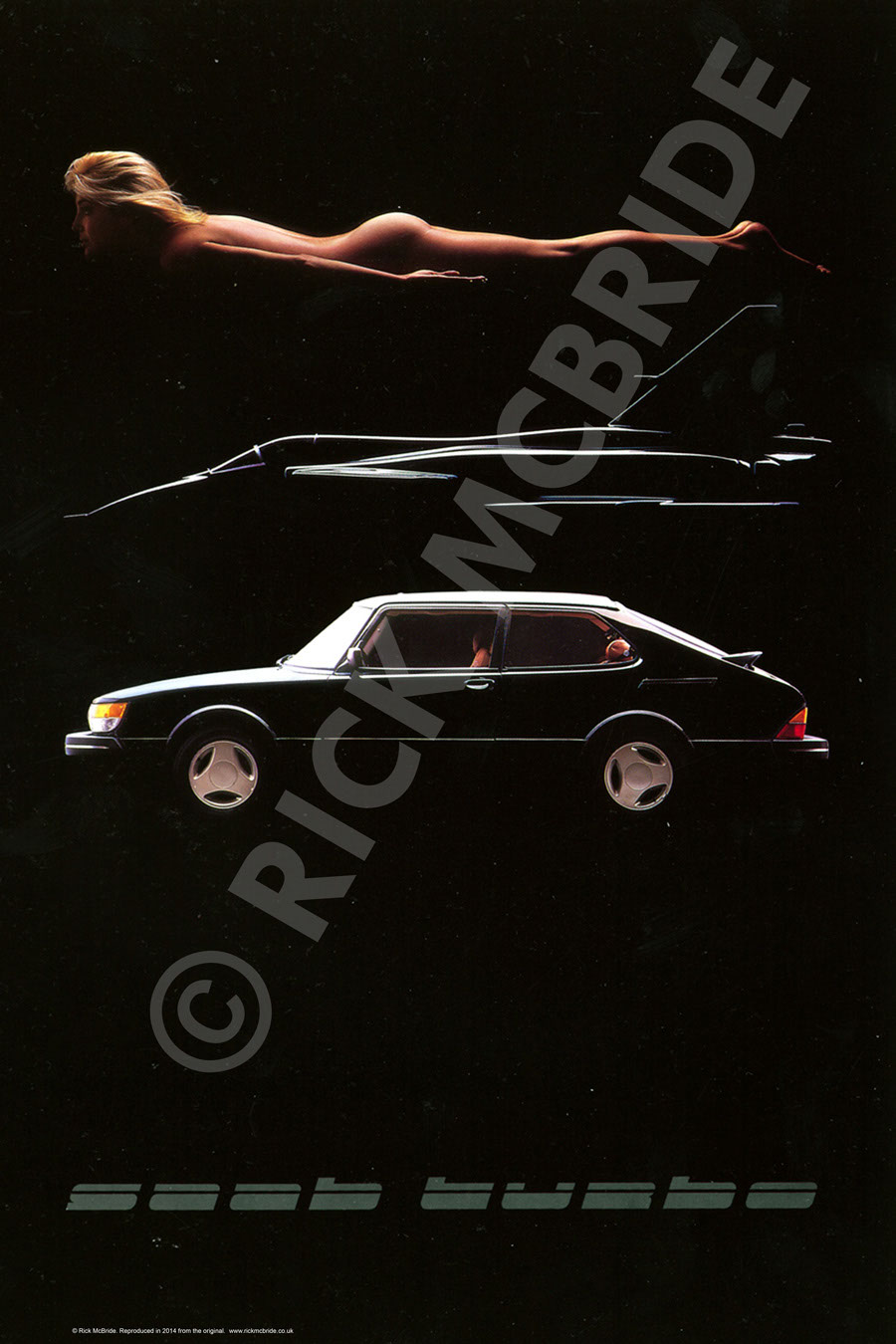 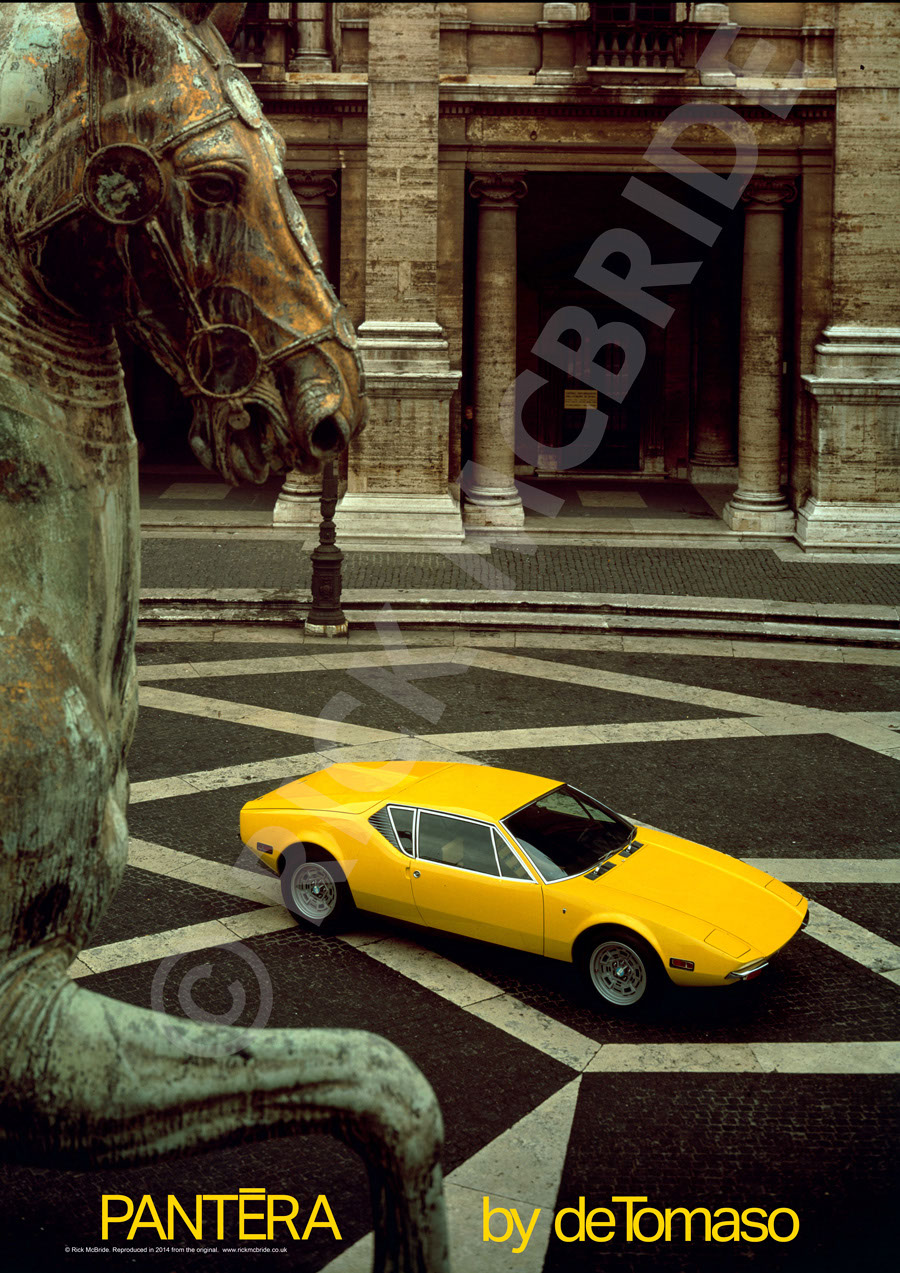 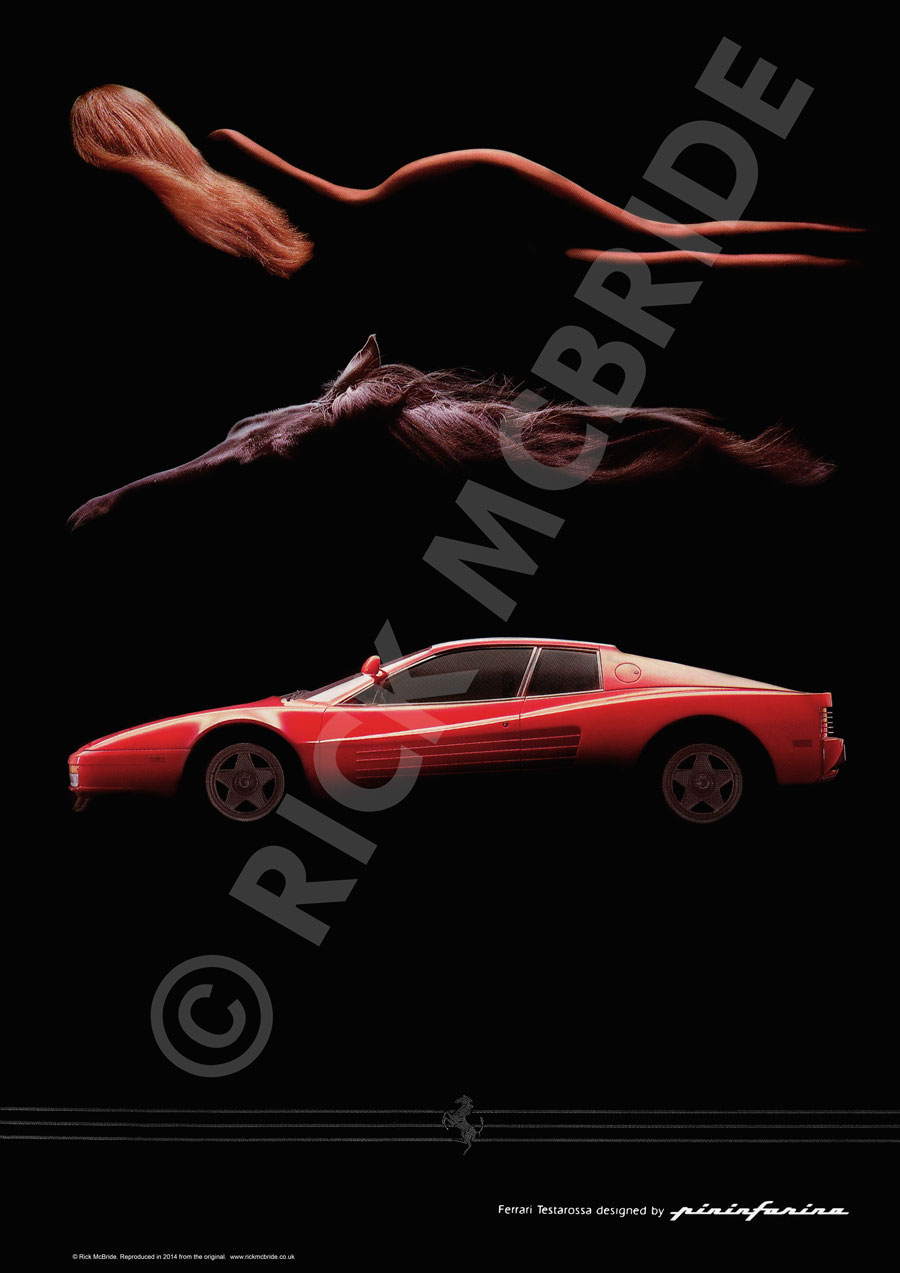 ' When I was a teenager, a poster by the late photographer and art director Rick McBride adorned the bedroom wall of seemingly every 16-year-old boy (me included, of course), it featured three horizontal silhouettes lit from above: a voluptuous nude blonde's backside, a bottle of vintage 1928 Château Lafite-Rothschild, and a red Ferrari 308 GTB. Across the bottom it read DECISIONS, DECISIONS. 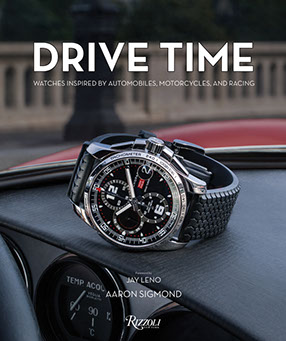